Kylian Mbappe - Will He Be Better than Henry and Platini? | Odds2win

Kylian Mbappe - Will He Be Better than Henry and Platini? | Odds2win 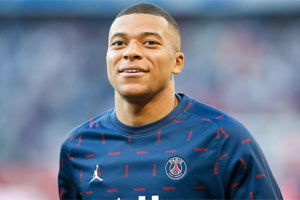 With the battle between Messi and Ronaldo, people forgot a lot of good players. However, among the best today's soccer predictions, the 20th of December is hopefully named as the date of birth of the upcoming Ballon d'Or owner, who can win several of the awards. Yes, we are talking about 1998, when Kylian Mbappe came to the world of football with the perspective to set new records.

Born in Paris, Kylian made his first serious football steps on the sea coast - in Monaco. Another perspective football project, except for PSG, was aimed at attracting unknown but perspective players, and Mbappe is probably the best known among them. Of course, we should count the achievements of James Rodriguez, Bernardo Silva, and Fabinho, but they were far from bringing their club 180 million euros.

That was an approximate sum paid by Paris Saint-Germain in 2017 when the team from the capital paid astonishing money for a 19-year-old attacker. Moreover, they were mostly paying for his speed and huge potential, while his scoring abilities were quite moderate, with 27 goals in 60 games. For instance, Haaland showed way better stats in Bundesliga and Champions League but was bought by Manchester City more than twice cheaper.

However, a few seasons showed that PSG was right with this investment. Coming with Neymar in the same year, Kylian showed great scoring results and increased them in the following seasons. Interestingly, Mbappe was often playing at one of the wings in the attack as the club from Paris always had a good central striker. In this regard, the youngster showed great stats - 171 goals in 217 games, adding another 27 for his national team in 57 matches. It forced Real Madrid to chase him as a transfer in 2022 and make multiple attempts. But that is much more difficult than Melbet registration in Bangladesh. All in all, Kylian decided to stay in Paris in 2022 and renewed his contract until 2025.

The recent stats of Mbappe is astonishing enough - he scored 202 goals in 289 games for both Monaco and PSG. Moreover, his conversion during the last season is close to 1 goal in 1 game, excluding assists (19 the last season in Ligue 1 only). He won several serious awards for youngsters and promising players, so the world expects him to start winning more serious ones like the Golden Boot in Europe or Ballon d'Or soon. His favourite jersey number are 7 and 10 - the first one is worn in PSG and the playmaking 10 for France.

At the age of only 23, Mbappe has one of the most expensive contracts in football. According to sources, his recent deal with PSG means a salary of more than $50 million, while his net worth surpassed $150 million. With only a few common photos, Kylian is linked with Alicia Aylies, whom he met in 2018. The Betwinner bonus code in Nigeria can help you to have extra money for first bets, so you can even wager on the potential new girlfriend of the striker. That's because news and rumors assume that the couple is now free of relations with each other.

The most recent news and rumors related to Mbappe were linked to his potential move to Real Madrid at the end of the season 2021-2022. However, the French attacker resigned from the deal with PSG and now will hardly be linked with the more to another club as his transfer sum will be immense. 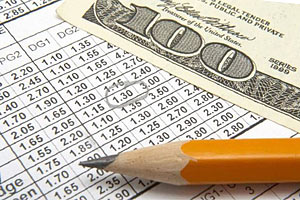 Online gambling is not just about luck. You win at sports betting by using skill, tactics, and strategies as well. It’s about knowing the odds… 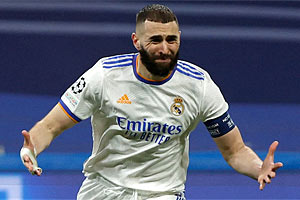