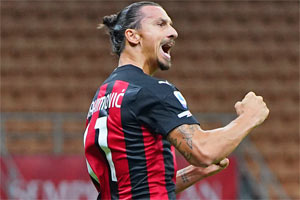 With clear Bosnian and Croatian roots, the guy Zlatan was born not at the Balcans but in Sweden. It happened on October 3, 1981, when the Ibrahimovic family received a future football superstar. The first steps were made in the hometown of Malmo, where Zlatan started to help the main team in 1999. Joining a professional football opened new horizons for Ibra, so he enjoyed transfers and changing clubs very often.

Thus, after two years in Malmo, Ibrahimovic was signed by Ajax, where he also spent only a couple of years and moved to Juventus in 2004. He was a flexible figure in attack with a focus on the position of central striker but often played on the flank. So, at the early stages of his career, his scoring achievement looked quite moderate (48 goals in 110 games for Ajax and 26 goals in 92 games for Juventus).

However, his transfer to Internazionale made him the main figure in the attack, so he started scoring more. With 66 goals in 117 games, he became an aim for Barcelona, which agreed to pay $76.5 million in 2009. Using the Betwinner promo code in India, you can hardly win such a sum, but none is restricted to try. However, the Swedish striker could not cope with the authority of Guardiola and Messi in the new team and spent only a single season at Camp Nou. Firstly on loan and then as a regular transfer, Zlatan moved to Milan until signed by PSG in 2012.

In France, Ibra became the leader of a new era in the club with wealthy owners from Qatar and helped to win multiple titles on the local stage, also becoming the best scorer in the history of Paris Saint-Germain with 156 goals in 180 games. However, being an aged footballer, he moved to Manchester United for a free transfer in 2016 and even scored 17 Premier League goals in 28 appearances. But with only a single full season, he then went to LA Galaxy in 2018 (also pay-less) and added another 53 goals in 58 games. When almost everyone was sure that Ibrahimovic needed to finish his career, Zlatan rejoined Milan and helped them to win a Scudetto, still being on the contract with Rossoneri.

Zlatan is a member of the elite club with 500+ scored goals, which were scored on the club level. Moreover, he added another 62 for Sweden and is an undeniable best bombardier in its history. You can even try to guess at Melbet BD if this number increases. He is also often regarded as the most prominent player not to win the Champions League. A lot of fans will remember his acrobatic goals and moves, which help to popularize football in general.

Ibrahimovic has married Helena Seger, and the couple has two sons. Although Zlatan is a rather interesting media person, his personal life isn't so widely discussed. What relates to his net worth, Ibra's savings are close to 200 million, while he was among the best-earning footballer ten years ago.

The latest news about Zlatan was often linked to his career finish or not. Of course, a direct win prediction here seems to be linked to career end, but we are talking about Ibra. Although he has had injuries more often in the last couple of years, he continued his contract with Milan. Traditionally to Ibrahimovic, the Swede said that football would die if Zlatan finished his career. 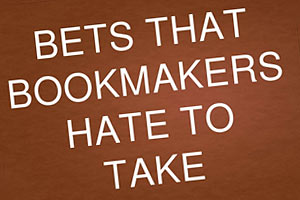 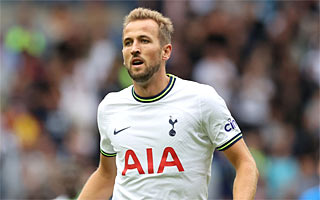