Wales vs Iran: Prediction for the World Championship match

Wales vs Iran: Prediction for the World Championship match 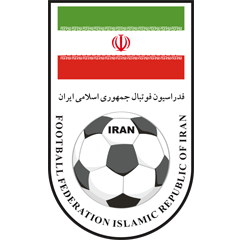 After a fighting draw in the opening round of the World Cup in Qatar, the Wales team will face Iran, who performed well in attack in their confrontation.

The Wales team quite competently held the first meeting at the World Cup and quite on business took one point in the confrontation with the United States. Before the break, Robert Page's team defended more and did it at a high level, because they could concede more than one goal. And in the second half, the “dragons” added aggression in front, began to go on the attack more actively, which resulted in a penalty kick, which was convincingly converted by Gareth Bale (1:1).

Now the Welsh need to beat the upcoming opponent at all costs, because in the final battle of the group they will meet with the British. This should add motivation to the British in the confrontation with the Iranians, who have shown that they are not at all against open football.

As for Iran, the situation here is much more modest in terms of scoring and prospects for leaving the group. Wards of Carlos Queiroz conceded three unanswered goals even before the break, which practically killed the intrigue in the game with England (2:6). Yes, in the second half the Iranians were able to score twice, but this did not help to save the situation. And the loss of the main goalkeeper Alirez Beiranvand due to injury also had a negative impact on the quality of defense.

The national team was initially considered an outsider of its quartet and can hardly really qualify for the playoffs, but this can help it, because no one takes it seriously. Football players have already shown that they can not only find approaches to the opponent's goal, but also realize their chances well.

Both of them need a victory to continue the struggle in the tournament. A draw will not suit either side. And it should open up the game from an early stage. Both teams have very good performers in front and each side will try, in our opinion, to get a quick advantage in the score. Yes, Wales is considered the favorite of the fight, but Iran has already shown what it is capable of in attack and is unlikely to change such a game model.

Most likely, the confrontation from the very beginning will go in an open manner and with a bias towards the attack. Wales in the second half of the match with the Americans proved to be very good in attack and Iran sharply responded to the British. We believe that the need of the national teams in three points will allow the players to prove themselves qualitatively ahead and we should expect a considerable number of dangerous moments and high realization from the match.

We believe that there will be many goals scored. Prediction is for the total over two goals. For such an outcome in BC 1xBet they offer a coefficient of 1.80.

Wales has an advantage over the opponent in terms of names and experience and it looks better in defense, which cannot be said about Iran, which missed almost everything that flew on target in the first round. However, the Europeans will not get three points so easily and will have to make considerable efforts to get them. Iran will count on winning itself, but there is a possibility that it will not stand the entire distance on an equal footing and will yield minimally in the end, which we suggest taking advantage of.

Our second bet will be for the victory of Wales in one goal. Such a bet can be placed for 3.62. 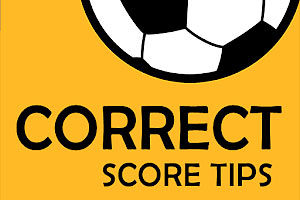 Man United went to play against Stuttgart, while Chelsea played Besiktas at home. The English teams were hot favorites, but it turned out to be a bad night for both of them. Who would have known that United would lose 2-1 and Chelsea would go down 2-0 at home? 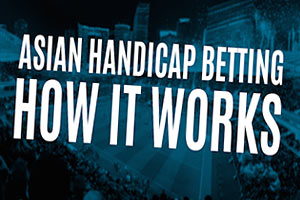 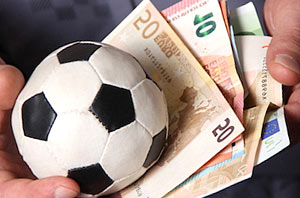 Learn How to Bet

As the name over/under football betting implies, bettors will be given the chance to bet whether the game will produce a TOTAL goal count of over or under a pre-determined number. An ex. of over and under betting, if bookmaker set that the total goal count for a match ... 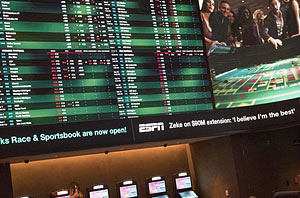 How to find value odds

How to be a profitable punter? Anyone who made at least a few bets in his life asked this question to himself. The answer is pretty simple: you… 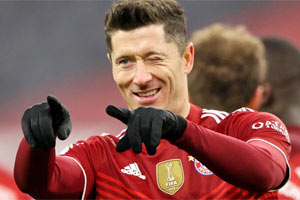 Robert Lewandowski and his life in football. Transfers, teams, records, stats, and much more. Personal life, wife, children, and net worth.